In 1982, just over 16,000 visitors flocked to Seward, AK to experience the marine wildlife and rugged coastline that helped earn this corner of Southcentral Alaska its contentious designation as a national park.  Nearly 35 years later, in 2016, Kenai Fjords National Park hosted 350,000+ travelers hoping to steal a glimpse at a calving glacier before that’s no longer a daily occurrence.  While this influx of visitors undeniably impacts the small community of Seward and the surrounding area, it is quite small by national park standards.  The Grand Canyon and Yosemite both welcome in well over five million visitors each year and Great Smoky Mountains National Park, the most visited in the U.S., drew over 11 million in 2016 alone.  There is a growing concern that we may be loving our parks to death – wherein host environments and park infrastructure simply can’t keep up with visitor demand.  Perhaps that is what makes the Kenai Fjords so special.  With 669,984 acres to escape into, and a relatively small number of annual visitors, this national park feels more wild and undiscovered than most.

There are seemingly countless peaks that have yet to be climbed and beaches that have never seen a camper, and uncovering these places has been my driving force over my three summers spent living in the park’s Aialik Bay.  This past May, while pouring over maps and charts and making a tick list of weekend ambitions, my time off partner-in-crime introduced a far fetched idea.

“How about Taz Basin?” Erickson inquired.

I started to chuckle, before I noticed the look in Alex’s eyes.  He was serious.

Taz Basin was located on Granite Island in the Gulf of Alaska and a far cry from our summer home on the north end of Aialik Bay.  Paddling there would require a near perfect weather window, minimal swell and wind on the exposed Gulf side of the island, and a lot of time in the cockpit of a kayak. 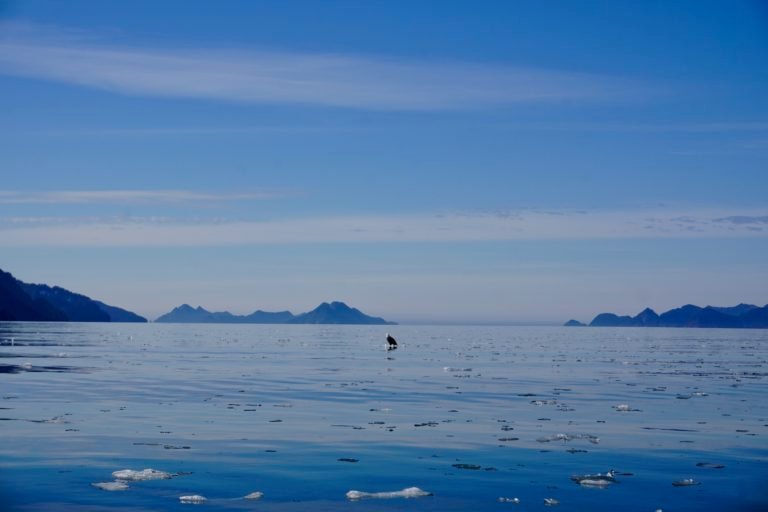 Looking south out of Aialik Bay

“Let’s keep that on the back-burner,” I replied, turning back to my maps full of potential objectives within the bounds of Aialik Bay.  But Alex wouldn’t let it go.  Though ambitious, it soon became clear that this was the one place he had been thinking about most since leaving the fjords last fall.  With so much to explore in the bay, Alex wanted to venture out of Aialik – undoubtedly to uncover more coastal secrets of Kenai Fjords National Park and explore a place very few of the 350,000 annual visitors get to see.

As weekend partners Alex and I have a history of setting big objectives, so why should Taz Basin be any different?  No one we knew had been out to Granite Island in kayaks, there was limited beta on navigation, and the remote nature of the island had its own accompanying risks.  So, naturally, we started watching the weather.

As seems to be the case at least a few times each summer, Alaska decided to play ball.  Nearly two months after Erickson planted the initial seed to make a run at the granite walled sanctuary of Taz Basin, an extended forecast showed a potential 3-day weather window on July 3rd, 4th, and 5th – our weekend.  Further, one of our water taxis was going to be in the area, and we were able to negotiate a drop-off down the coast to cut our first day’s paddle nearly in half and make our goal that much more attainable. 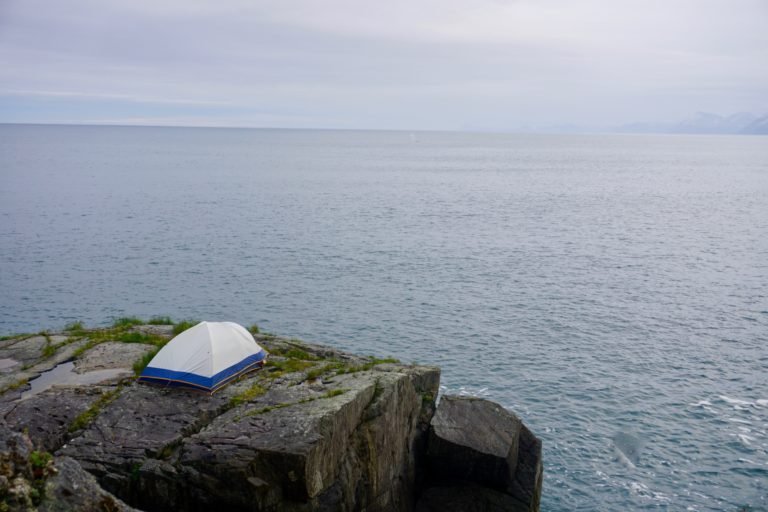 Aialik Bay had been a truly unbelievable home for the past three summers, so why did Alex want to leave it behind for a weekend in Taz Basin?  What was beckoning him for the past 9 months to leave the comfort of Aialik, push past the Aligo Point, and paddle through the open waters of the Gulf of Alaska to a place rarely visited? What follows is a testament to what a hair-brained idea, the right partners, and a drive to always push things a little bit further can accomplish.