The paradisal Kenai Fjords Glacier Lodge (KFGL), nestled deep in the wilderness of Aialik Bay, has been around for eight years.  The land that surrounds it has been there for far longer.  The Pleistocene Epoch, beginning nearly 2 million years ago, was largely defined by an Ice Age and glaciers that blanketed massive swaths of the planet.  Much of the beauty within Kenai Fjords National Park can be attributed to this frozen landscape shaping what now lies within the park boundaries.  Starting 10,000 years ago, warming global temperatures and rising sea levels gradually transformed glacial valleys into water filled fjords.  Rugged mountains now line the shores of these sunken geology lessons and beckon to be climbed. Each summer season, visitors to KFGL marvel at the vast wilderness around them, the incredible relief from sea level to mountain peaks, and the wildlife that call this place home.  By using the lodge as a base camp and jumping off point, staff are blessed to have long weekends to explore the many hidden secrets and rarely visited corners of Kenai Fjords National Park.  Given the type of staffer KFGL attracts, there is a constant stream of stories from weekend excursions deep into the unexplored mountains, rivers, and fjords that make this corner of Alaska so special.

Over the last eight years, the more memorable of these stories have been passed down from season to season – inspiring weekend warriors to go further, climb higher, and add a new chapter to this oral history.  As is the case with most oral tradition, details regularly change with each telling – eventually creating a tale very different from the original.  In our corner of the park, one feature in particular holds a very convoluted past.

The most prominent mountain visible from the lodge, and the tallest peak in our corner of Aialik Bay, is Addison Peak.  The mountain forms the right frame of the lodge’s breathtaking view of over Pedersen Lagoon and Pedersen Glacier, making it a focal point of an already dramatic landscape. On a topo map, it appears that the South Summit stands around 5,000 ft above sea level which makes it a full 5,000 foot climb from lodge to summit.  Stories of prior summit attempts are few and far between, with no record of anyone reaching the top.  A few pictures on the lodge computer indicate that at least two past staff members braved the 2,500 vertical feet of dense alder, prickly salmon berry, and piercing devil’s club before reaching the talus, boulder, and snowfields leading to the base of the summit cliffs.  Beyond that, the climbing history of Addison peak is largely unknown.

On August 15/16 of summer 2016, two friends and I were determined to set the record straight.  Has the South Summit of Addison Peak been climbed? Can it be climbed?  After noting a favorable 24 hour weather window in our temperate rainforest forecast, Alex, Ryan, and I packed our bags, paddled to the headwaters of Addison Lake, and set off late in the afternoon for what would turn out to be a 20+ hour struggle toward the roof of Aialik Bay. 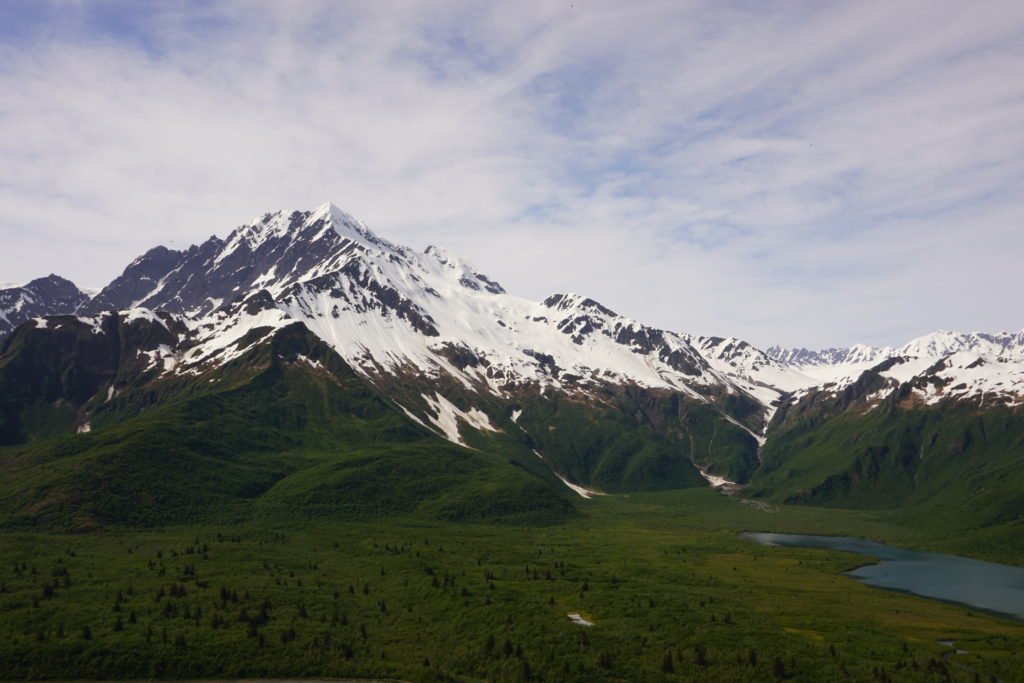 Addison Peak and Addison Lake, as viewed from The Ridge behind KFGL

We were hellbent on providing some solid beta for future KFGL weekend warriors and, as such, I brought along the trusty Sony a6000 to capture much of our trip on video.  Upon return, I handed my memory card to a member of the staff with an incredibly creative mind and even bigger heart.  James Daggett was piecing together a pseudo-documentary of our season at the lodge (which, in itself, is one of the most impressive short films I have seen), and I thought maybe he would like to use some of my footage.  What follows is Addison – an 8 minute story of our bid to reach the South Summit of Addison Peak in Kenai Fjords National Park and a more definitive source for any future KFGLers wondering if anyone has stood on top.

Thanks again to James for putting this together and to Alex and Ryan for being such stellar weekend partners last summer.